Добавлено 1 месяц назад by admin
5 Просмотры
Get Surfshark VPN at https://Surfshark.deals/tnm and enter promo code TNM for 85% off and 3 extra months for free!

I've covered Dragon Ball primarily for years. I've covered pretty much the entire
series and so I thought this would be the perfect challenge. Something that's just crazy enough
to interest me. ONE PIECE! Eiichiro Oda's magnum opus and one of the longest running
and certainly most popular manga series out there. Today I'll be reviewing and giving
my first impressions on the Marineford and Post War Arcs.

Is One Piece all that it's cracked up to be? Or was it worse than I thought.
Find out this week as we dive into the massive pirate adventure with Luffy in
Totally Not Mark's series review of One Piece. Part 12! Where I cover Marineford and Post War (Summit) arcs.

-Bravely Second covers
(Battle or Ordeal, Battle of Providence, Kick-ass, all performed by ToxicHydreigon and Natalie Krizett).
One piece game music are the same as usual 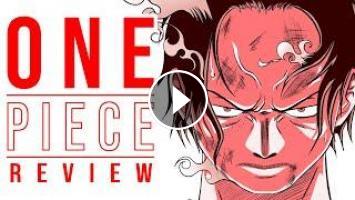 Get Surfshark VPN at https://Surfshark.deals/tnm and enter promo code TNM for 85% off and 3 extra months for free! I've covered Dragon Ball primarily ...