Добавлено 2 года назад by admin
39 Просмотры
Devil May Cry 5 has been a little quiet in terms of updates. And there's no news on when it'll receive DLC. There's also rumors about a teaser for the new DMC anime. What's going on guys? This is RBG hitting you with something I haven't done in months. And that is a Devil May Cry 5 update video. Or a Devil May Cry vid in general. You guys have been asking me when I'd post another 1 in regards to possible DLC. And honestly I didn't think there was much to talk about. Because besides the Banana Devil Breaker and Bloody Palace DLC, there wasn't anything else coming down the pipeline. No additional story missions, no bonus characters like Lady, Trish, & Vergil. No nothing. We didn't even get a "Dante Must Die" or "Dark Knight" mode that cranks up the difficulty. So the best I could give you was a video filled with speculation on what we could possibly get in the future. But after Capcom came out and said that they weren't planning on releasing anymore content. And the fact that the lead director Hideaki Itsuno was officially done and recently left the development team to work on another project. That only deterred me to not make a video talking about it. The game pretty much seemed done and I was totally fine with that. Like we got a good amount of content and unlike previous entries there wasn't anything that needed to be re-balanced. Were there things that I wished they added? Yeah. I would've loved to play as the other characters like Vergil. And I think they could've shown how Dante acquired the Balrog guantlets which was featured in the DMC5 novel. 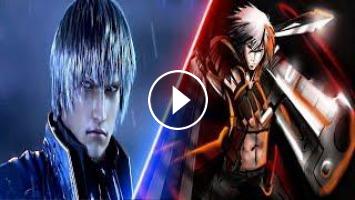 Devil May Cry 5 has been a little quiet in terms of updates. And there's no news on when it'll receive DLC. There's also rumors about a teaser for the...