Добавлено 1 неделя назад by admin
0 Просмотры
Fairy Tail (Japanese: フェアリーテイル, Hepburn: Fearī Teiru) is a Japanese manga series written and illustrated by Hiro Mashima. It was serialized in Kodansha's Weekly Shōnen Magazine from August 2, 2006 to July 26, 2017, with the individual chapters collected and published into 63 tankōbon volumes. The story follows the adventures of Natsu Dragneel, a member of the popular wizard[4] guild Fairy Tail, as he searches the fictional world of Earth-land for the dragon Igneel.

The manga has been adapted into an anime series produced by A-1 Pictures, Dentsu Inc., Satelight, Bridge, and CloverWorks which began broadcasting in Japan on October 12, 2009. Additionally, A-1 Pictures has developed nine original video animations and two animated feature films. The series ended its initial run on March 30, 2013. A second series premiered on TV Tokyo on April 5, 2014, and ended on March 26, 2016. A third and final series aired from October 7, 2018 to September 29, 2019.[5][6][2][3] The series has also inspired numerous spin-off manga, including a sequel storyboarded by Mashima, titled Fairy Tail: 100 Years Quest, which launched on July 25, 2018.

The manga series was originally licensed for an English language release in North America by Del Rey Manga, which began releasing the individual volumes on March 25, 2008 and ended its licensing with the 12th volume release in September 2010. In December 2010, Kodansha USA took over the North American release of the series. The Southeast Asian network Animax Asia aired an English-language version of the anime for seven seasons from 2010 to 2015. The manga was also licensed in the United Kingdom by Turnaround Publisher Services and in Australia by Penguin Books Australia. The anime has been licensed by Funimation for an English-language release in North America. As of February 2020, Fairy Tail has 72 million copies in print. 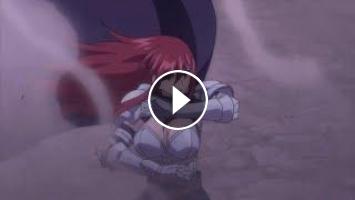 Fairy Tail (Japanese: フェアリーテイル, Hepburn: Fearī Teiru) is a Japanese manga series written and illustrated by Hiro Mashima. It was serialized in Kodansh...