Having failed to prevent this disaster, Siluca Meletes, an Alliance mage, is traveling through the Chaos-infested countryside to study under a master magician. When she is intercepted by a group of soldiers working with the Federation, Siluca is rescued by Theo Cornaro, a young warrior carrying a mysterious "Crest," a magical symbol that gives its wielder the ability to banish Chaos. Bearing no allegiance to a specific domain, Theo hopes to attain the rank of Lord so that he can liberate his home town of Sistina from its tyrannical ruler and the Chaos spreading within it. Impressed by his noble goal, Siluca enters into a magical contract with Theo, and the two embark on a journey to restore balance to their war-torn land. 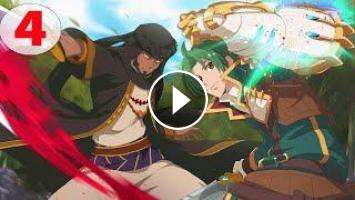