Why Israel Adesanya Can Enter The Matrix

Добавлено 7 месяцев назад by admin
23 Просмотры
You'd have to see him to believe he isn't an anime character... That's just how illusive he is. Israel Adesanya is one of the most evasive fighters to ever grace the grand stage. Armed with Muay Thai, kick boxing, jiu jitsu, taekwondo, boxing and more... like Aang the Avatar, he's been transitioning between disciplines and straight outplaying his opponents; earning style points along the way. In his bout VS Robert Whittaker, he said he would make it look easy... Like affirmation to the law of attraction, he did... He made it look too easy... How? What about this fighter allows him to defy the physics of reality? We thought Mike Tyson and Vasyl Lomachenko could enter the matrix, wait till you see Israel... But, how? How does Israel Adesanya enter and finesse from the Matrix time and time again? Thank you for joining me as we take a closer glance.

script:
Robert Whittaker is a beast. If you're a fan of mixed martial arts, you have to respect the body of work he's accomplished in his division... Not only is he unique with the traditional bounce he has in his footwork, but he's armed with cat like reflexes and high fight iq.... As an individual, he's impossible to hate unless you're a sociopath. If you follow the sport, Robert the reaper whittaker makes it easy to be a fan. But I found his prefight build up with Adesanya strange, and a little out of character... He was consistently expressing how he was not impressed with adesanya, how he thought he was an easy fight... How if Gastelum could touch him, he would hit harder than Gastelum... He even mocked Adesanya because he got clipped by a head kick from Kelvin Gastelum... I found this odd because Whittaker said in interviews that if he weren't to take Kelvin Gastelum seriously, kelvin would walk right through him... This was all before he was pulled out of his Kelvin Gastelum bout due to medical complications. If he showed kelvin gastelum such respect, why not Israel Adesanya? Especially, when Rob had said a long rangy striker might be his kryptonite?

Why Israel Adesanya Can Enter The Matrix 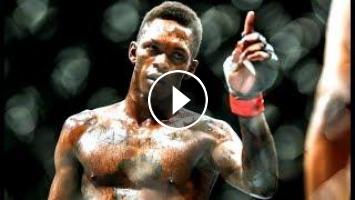 You'd have to see him to believe he isn't an anime character... That's just how illusive he is. Israel Adesanya is one of the most evasive fighters to...